Apple presents our project ‘DIRTI for iPad’ in its latest video

The new Apple anniversary video, directed by Jake and Ridley Scott for the 30th anniversary of the Macintosh, features our tapioca interface.

The video, released on 3 February on the Apple website, is directed by Jake Scott in collaboration with his father Ridley Scott, the director of Blade Runner. It evokes the legendary "1984" advert released to promote the Macintosh 30 years ago and aired at the 18th Super Bowl to an audience of over 77 million.

Three decades later, Apple is once again demonstrating its talent by presenting incredibly creative projects conceived and realised with the brand's products. Entitled "1.24.14", this new video was filmed entirely with iPhones by 15 film crews around the world on 24 January 2014. 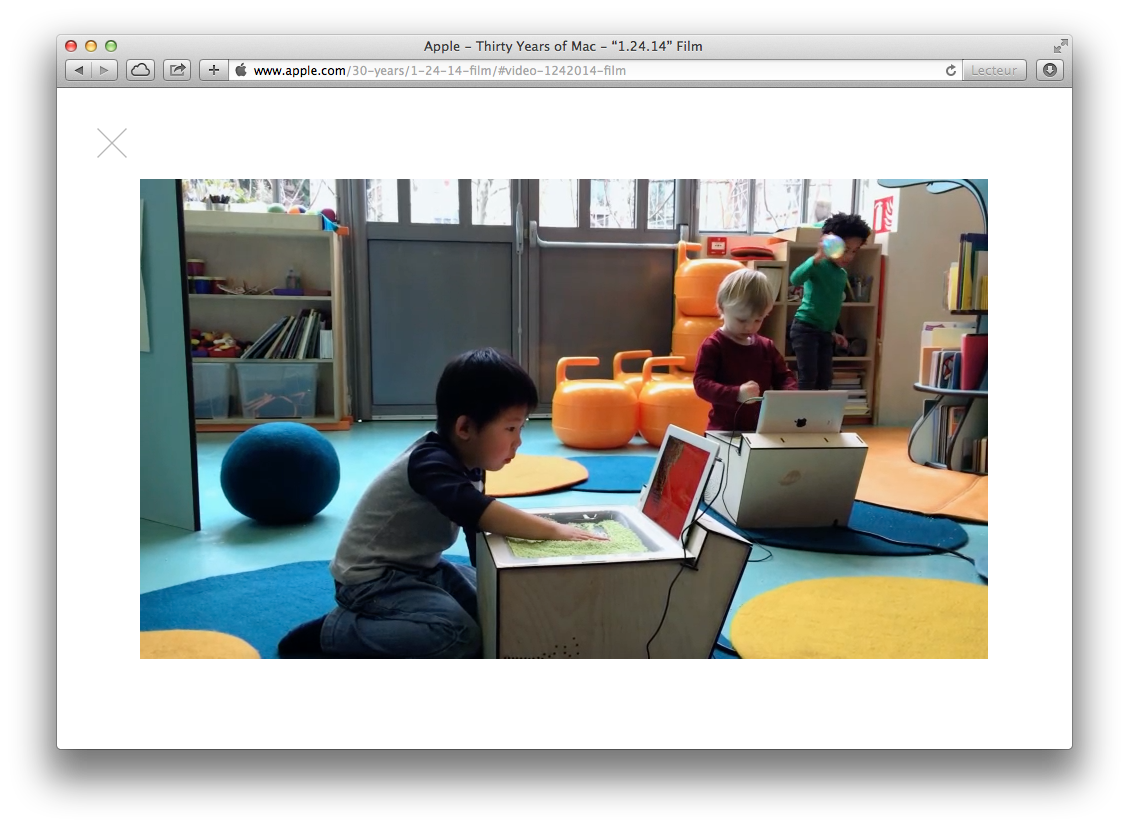 Our DIRTI for iPad interface, designed and developed in 2013, which allows you to control your iPad with tapioca, appears in the video at around the 32nd second! With DIRTI, we propose a future where humans interact with machines as naturally as a child plays in the sand, a fine illustration of the mission Apple set itself 30 years ago: "Putting technologies into the hands of people".

Being recognised for our ability to create innovative things, for our know-how, is always rewarding... and when this recognition comes from Apple, it is absolutely brilliant. We aren't going to hide our pleasure :)

If you liked it and want to know more, we also recommend you watch the making-off.